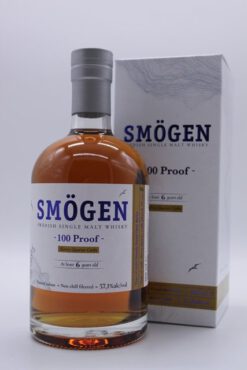 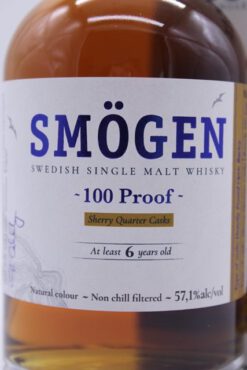 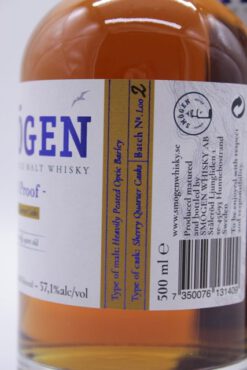 The Smögen 100 Proof matured in Oloroso Sherry Quarter Casks for 6 years and was bottled with 57.1%.

Sweden only moved onto the whisky map after Mackmyra was founded in the late 1990s. With Smögen Whisky, the young whisky nation has another landmark. The distillery is named after a Swedish picture-perfect fishing village in the Skagerrak. However, it owes its popularity among connoisseurs in and outside Sweden to its intensely smoky small batch single malts, which are now also available in Germany.

The whiskys are handcrafted down to the last drop. The hands belong to the founder, lawyer, whisky enthusiast and author Pär Caldenby, who was able to separate the tailings from the heart of a distillate at Smögen Whisky for the first time in August 2010. He built his craft distillery from scratch in the outbuildings of a former farm. These house, among other things, two small copper pot stills (one only holds 900 liters), bourbon and sherry casks as well as a “worm tub condenser” – a cooling system that has become rare, which makes the raw spirit heavier and fuller.