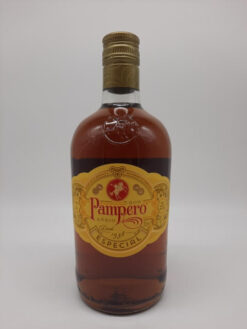 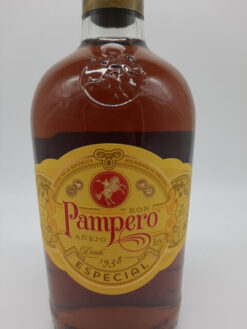 The Pampero Anejo is the standard of the Pampero brand. It comes without an age statement, but consists of a blend of 2 to 4 year old rums.

It is suitable for pure enjoyment, on the rocks or as a base for cocktails.

This Rum was distilled at Industrias Pampero S.S in Venezuela. There is not that much you know about the founding of this distillery. In 1938 Alejandro Hermández has founded it. He knew what is really important to create good tasting rum.

In 1991 they sold 95% of the distillery to United Distillers, which is part of the Guiness Brewery.

For many years now, Pampero is part if Diageo.