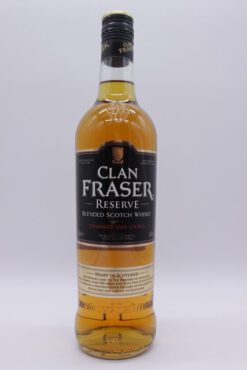 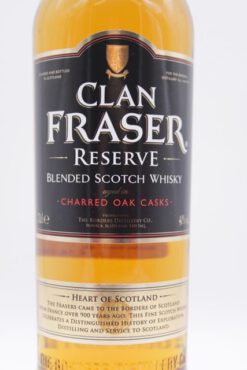 The blend of grain and malt whisky, which is matured in burnt oak casks, is as open and accessible as the Frasers: mild and round, honey-sweet and buttery with a hint of cinnamon, vanilla and dried fruit. Clan Fraser Reserve has a third more malt content and matures additional months in the cask.

South of Edinburgh, in the Scottish Borders, is the town of Hawick. The manufacture of the finest products has a long tradition here – but until 2018 mainly in connection with cashmere wool and tweed. The Borders Distillery is changing this fact and is bringing the production of spirits and single malt back to the border region between Scotland and England with gin, vodka, blended scotch and, in future, its own whisky.

Apart from their distilling skills, the team of former managers of the traditional manufacturer William Grant & Sons proves its talent for blends – for example with the great value-for-money blend Clan Fraser. The Blended Scotch Whiskey is in the tradition of one of the most famous clans of Scotland from the Borders Region, whose descendants brought Scotland into the world.