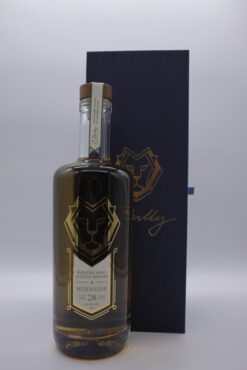 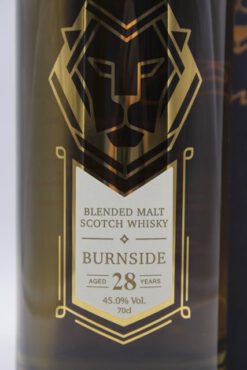 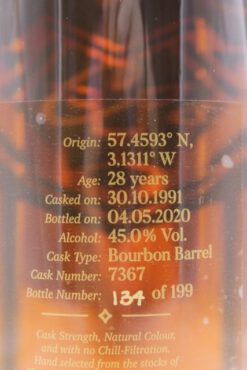 The name Burnside is known among whisky connoisseurs, behind it hides a teaspooned Balvenie. There is, however, another hint, on the bottle the coordinates 57.4593 ° N, 3.1311 ° W are the origin of the filling. So if you want you can look where the distillery is located.

The whisky comes from a bourbon barrel and matured for 28 years.

Burnside Blended Malt is the name of a teaspooned Balvenie, a whisky from the Balvenie distillery to which a small amount of Glenfiddich is added.

The name Balvenie is infered by the castle Balvenie which is located close by and means as much as ‘city of luck’. It is one of many distilleries of the village Dufftown, the secret ‘capital of whisky’ in the Speyside and is also named as ‘little sister’ of Glenfiddich. The distillery was built in 1892 nearly by one’s own hands by William Grant & Sons out of the ruins of the guesthouse. Today the distillery owns more than eight stills and since 1990 there is another distillery on the compound named Kininvie. The water that is used has its origin in the spring Robbie Dubh, the same spring Glenfiddich uses its water from.