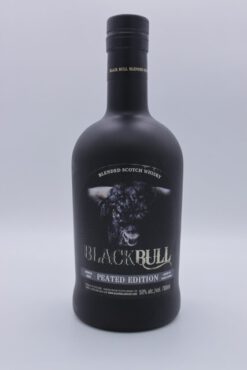 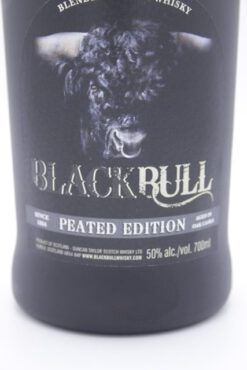 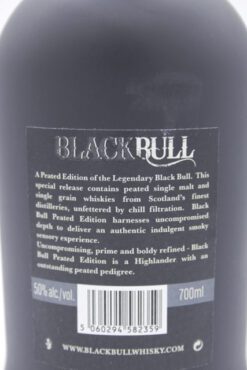 Now fans of the Black Bull series can look forward to a powerful and full-bodied whisky. Its peaty smoke notes complement dark malt tones and roasted salt nuts as well as notes of apples or the sticky sweetness of Dutch syrup waffles. Duncan Taylor remains true to the principles of Black Bull whiskies with the new bottling and produces the blend according to recipes from the year it was founded in 1864.

Black Bull was first produced as a blend by the Dundee-based blenders George Willsher & Company in the 1860s and came to prominence after the repeal of prohibition in the U.S. in the 1930s.

By the end of the 1980s Black Bull had become a very well known name in the US. It has also been sold in a number of countries throughout Europe with Italy being the most prominent.

Today, the brand is sold worldwide and has been decorated with many prestigious awards, including Gold Medals from the International Spirits Challenge and Best Scotch Blended Whisky Awards by World Whisky Award.