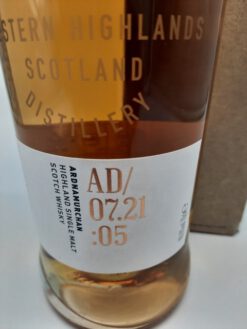 Ardnamurchan is a distillery in the western highlands, which has a partly very complex history.
It was founded and operated in Glasgow in 1826 by Charles and David Gray. After years of ups and downs, the distillery was finally closed and dismantled in 1968.

The story of today’s distillery begins in 1993 with the descendants of the previous founders, who decided to become an independent bottler under the Adelphi label. In 2007 they decided to reopen the distillery, only this time it should be in the western Highlands. Single malt has been pouring out of their stills since 2014 and more and more bottlings are seeing the light of day.