Skip to content
Category Navigation:
My Cart
Add to wishlist 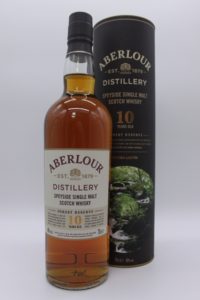 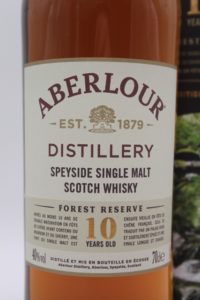 This 10-year-old Aberlour matured in used bourbon and sherry casks. It received its finish in French oak casks, which gave it spicy and soft tones.

There already existed a distillery named Aberlour in 1826. Nevertheless on the bottles the year 1897 is stated as founding year of the distillery. It is located in the heart of the Speyside next to the Ben Rinnes River. Since 1974 the distillery is owned by the concern Pernod Ricard and is guided by their subsidiary. Since 1973 Aberlour owns four stills.