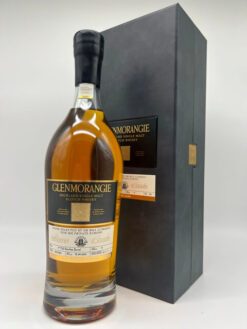 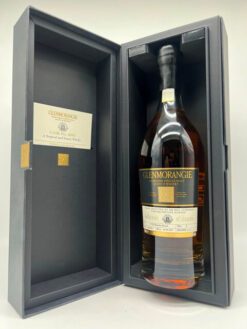 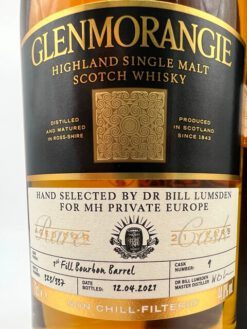 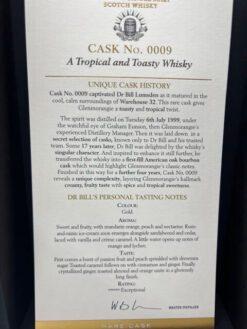 UNIQUE CASK HISTORY
Cask No. 0009 captivated Dr Bill Lumsden as it matured in the cool, calm surroundings of Warehouse 32. This rare cask gives Glenmorangie a toasty and tropical twist.
The spirit was distilled on Tuesday 6th July 1999, under the watchful eye of Graham Eunson, then Glenmorangie’s experienced Distillery Manager. Then it was laid down in a secret selection of casks, known only to Dr Bill and his trusted team. Some 17 years later, Dr Bill was delighted by the whisky’s singular character. And inspired to enhance it still further, he transferred the whisky into a first-fill American oak bourbon cask which would highlight Glenmorangie’s classic notes. Finished in this way for a further four years, Cask No. 0009 reveals a unique complexity, layering Glenmorangie’s hallmark creamy, fruity taste with spice and tropical sweetness.